We have written an elaborate documentation of the production of The Path and will be publishing the article in 4 parts, as we proofread and finalize them.

A first introductory chapter summarizes the history of the project: How the idea started. When we got funding. And how long it all took.

In the next part, scheduled for tomorrow, we delve deep into the design of the game, followed by an overview of what went right and what went wrong, to conclude with a look at reception and sales.

We hope you enjoy the read.

The Path is one year old. To start the anniversary festivities, we are discounting all our titles by 50%! One year ago, tonight, The Path was released from a bed in a room in a hotel in San Francisco, where Auriea and I first met in person, exactly 10 years before. To celebrate this double anniversary we’ll be revealing and announcing The Path related material throughout the week. So keep an eye on our blog, facebook, twitter or wherever you’re reading this!

Today is the anniversary of our collaboration. 11 Years ago, Auriea and I launched our first joint web site on the day when we met in person for the first time. Here’s a selection of one portrait, one project and one event per year.

The SFMOMA Prize for Excellence in Online Art was presented to us by Bill Viola at the Webby Awards.

Our web work is featured in the bourgeois exhibition Belgisch Atelier Belge, among that of Belgian art superstars like Delvoye, Fabre and Tuymans.

Tale of Tales is born during a research project at the Jan van Eyck academy.

After their initial refusal, we convinced the Flemish Audiovisual Fund that they should support videogames, starting with our 8.

Unsuccessfully pitching 8 to commercial publishers at the Game Connection in Lyon marks the start of our career as independent developers.

At the Innovative Game Design symposium in Maastricht, we shelved our ambitions to become commercial game developers. Chris Crawford was there too.

We presented the Realtime Art Manifesto at the Mediaterra Festival in Athens.

We stopped resisting Web 2.0 and started the Tale of Tales blog .

Showing The Path demo at the Independent Games Festival to hundreds of colleagues and fans was an exhilarating experience.

We launched The Path at the Yerba Buena Center for the Arts with live music by Jarboe and Kris Force.

The Notgames initiative is an attempt to stimulate artists and designers to create interactive entertainment that is not games.

Hover your cursor over the images for captions.

since The Path was released.

On 18 March 2009, we launched The Path from a room in the hotel where we first met exactly 10 years before. Get ready for celebrating the first anniversary of our six little girls and their very own big bad wolves! Expect an elaborate and revealing post-mortem/making-of, a special limited USB edition package, a nice discount on the regular download, an updated translations patch (now also on Steam!), an interview with a source of inspiration, news about the soundtrack, and of course an Endless Forest bathed in darkness and mist.

And we are not there.

Instead, we are at home, working on a new project. A project that doesn’t have a name yet. You can follow what we’re doing on Tumblr where we post some of the reference material that we’re collecting to inspire and inform the design.

We can’t say much about this project yet. Because we don’t know what it will become yet. We have a basic idea but that can still change. It has something to do with flowers, and with locks, and with diagrams of the universe, and with sex. It’s very different from any game we’ve made so far. There’s no story at its basis. There’s no characters. And it might even feel like an actual game -though we’re definitely applying the notgames dogma to this one.

We’ve also done something unusual with the design method. Auriea and I have split up. The new project consists of two very different parts. Auriea is designing one and I am designing the other. And then we’ll bring the two together.

The current phase is a prototyping phase that will run on and off until some time next year. This phase is supported by the Flanders Audiovisual Fund.

To all our friends at GDC: enjoy the event!

END_OF_DOCUMENT_TOKEN_TO_BE_REPLACED

1 : mental depression or apathy caused by comparison of the actual state of the world with an ideal state
2 : a mood of sentimental sadness

Weltschmerz (from the German, meaning world-pain or world-weariness) is a term coined by the German author Jean Paul and denotes the kind of feeling experienced by someone who understands that physical reality can never satisfy the demands of the mind.

The modern meaning of Weltschmerz in the German language is the psychological pain caused by sadness that can occur when realizing that someone’s own weaknesses are caused by the inappropriateness and cruelty of the world and (physical and social) circumstances. Weltschmerz in this meaning can cause depression, resignation and escapism,

Weltschmerz was characterized by a nihilistic loathing for the world and a view that was skeptically blasé.

1 : apathetic to pleasure or excitement as a result of excessive indulgence or enjoyment : world-weary
2 : sophisticated, worldly-wise
3 : unconcerned
synonyms see sophisticated 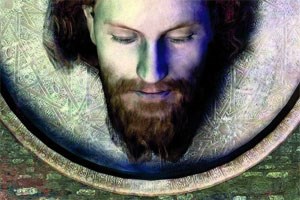 We’re embarking on a new project today. Two new projects, actually. It’s an experiment. Instead of working on them in sequence, we’ll work on one one month, then on the other the next. The idea is to increase the development time of both. Because we’ve experienced that not working on something and just allowing it to grow over time, makes it a big difference.

Over the next 18 months, we will be prototyping two new largish games. None of this work will be published. And even after the prototyping phase, it will take some time before we bring the projects to production and release. So it’s going to be quiet around here for quite a while.

That doesn’t mean we will disappear completely. While working on the prototypes, we will be doing a few small projects too, and we may release some things related to the old projects.